The Guthrie Clinic is a non-profit group practice established in 1910. Today Guthrie has four hospitals and 32 regional offices in southern Pennsylvania and Northern New York. Their 300+ physicians and ~200 Advanced Practice Practitioners provide primary and outreach specialty care and testing for ~1M patients a year. Guthrie values patient-centeredness and compassion. They focus on improving health through a team approach to clinical excellence for every patient, every time.

Guthrie was one of the first hospitals to go-live with Epic CPOE in 2003. From 2003 onward, they implemented one module at a time. Previously, their help desk resources were sufficient to support smaller go-lives, and maintain everyday operations. Guthrie usually prefers to be self-sufficient and to build strong internal teams. Recently they decided to sunset their legacy revenue cycle software, and implement Epic. This was the first implementation that would affect nearly all in the enterprise. They realized that they needed additional support through the transition. Optimum was the only vendor who showed they truly understood what Guthrie needed to accomplish, and had the pricing model and flexibility to make it happen.

Optimum hit the ground running, and had consultants on-site quickly. The team was knowledgeable and many were certified. First, they learned workflows – both in the classroom setting and as part of the call center and Command center. Then they set up the remote call center. The only hiccups were with a data line going into the building, and VoIP, but those were resolved very quickly, and everything ran smoothly. Initially, they had an unexpected high call volume. Optimum’s leadership responded immediately and had additional support available within 12 hours.

It was very clear within the first 20 minutes of the presentation that Optimum was the right company to lead the effort. They knew how to address the needs of the user. They didn’t just talk about the call center lingo but were able to apply it to what we were doing as an organization.

Tickets Received Were Closed by the End of the 1st Week.
4.5

Talk Time Decreased From ~7 Minutes to Less than 4.5 minutes Per Call.
86%

86% of Tickets Received Were Closed by the End of Go-Live. 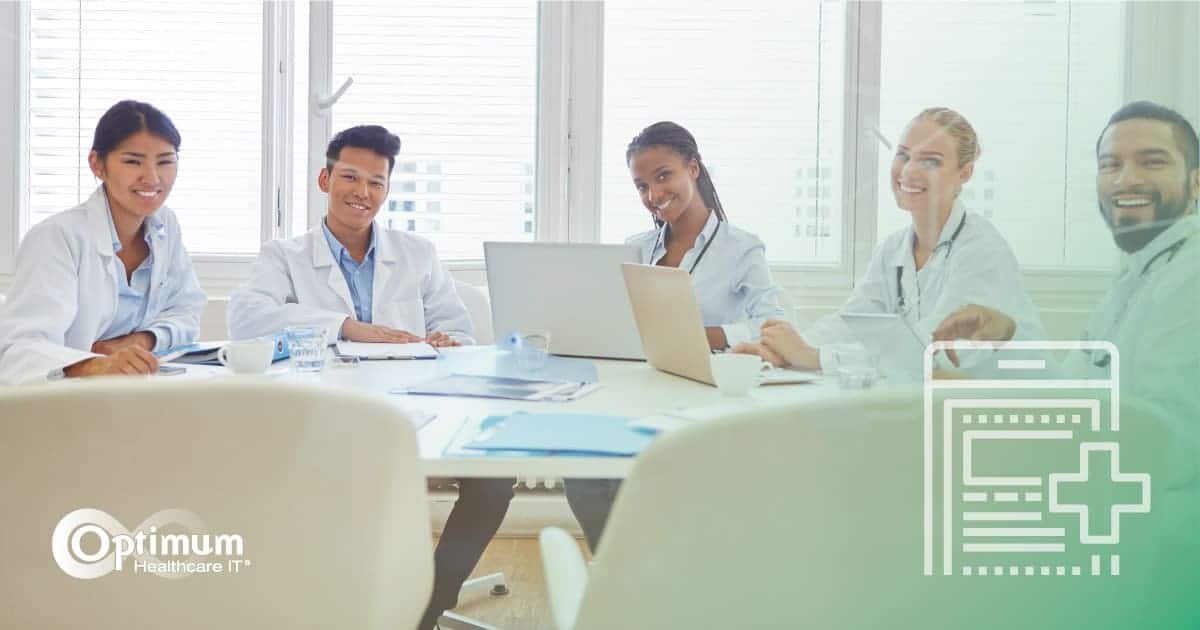