Tower Health decided to convert their recently acquired five markets, consisting of Brandywine Hospital, Chestnut Hill Hospital, Jennersville Hospital, Pottstown Hospital, and Phoenixville Hospital and all of the associated medical practices and diagnostic centers, into the existing Epic EHR and Lawson ERP technology platform. The overall program, branded as the Tower Integration Program (“TIP”) was a very aggressive 18-month program that included the integration of core technology, but also the standardization of over 80 third party applications, over 130 interfaces, complete replacement of technology infrastructure and the transition of all five markets into a standardized approach to providing healthcare to the many patients it serves.

Optimum Healthcare IT served in critical roles that were essential to our team's success in implementing Epic. They brought the experience and lessons learned from prior implementations, ensuring that cutover at each site was successful..

Optimum was exclusively awarded the project in February 2018 to build and implement the Epic EHR system at Tower Health, which consists of Reading Hospital and five recently acquired acute-care facilities, ambulatory practices, and diagnostic centers. The Optimum team provided senior leadership, project management, analysts, and certified trainers in all areas of the implementation. The program began with the establishment of an integrated governance structure and the facilitation of integrated adoption and design sessions for the end state system. Our teams, working side by side with Tower Health, continued with project managers and analysts supporting the build and testing of the clinical and revenue cycle applications as well as supporting functions including the installation of new technology infrastructure, the integrated testing program, interfaces, conversions, and overall program management and advisory. Training began in April 2019 and consisted of 1,168 Epic training classes which resulted in over 4,500 end-users trained. Optimum supported and/or led every team in the scope of the project, planned, managed, and assisted operational owners in adoption sessions, workflow design, built the governance structure and led the meeting structure, content, and decision making for the entire project. 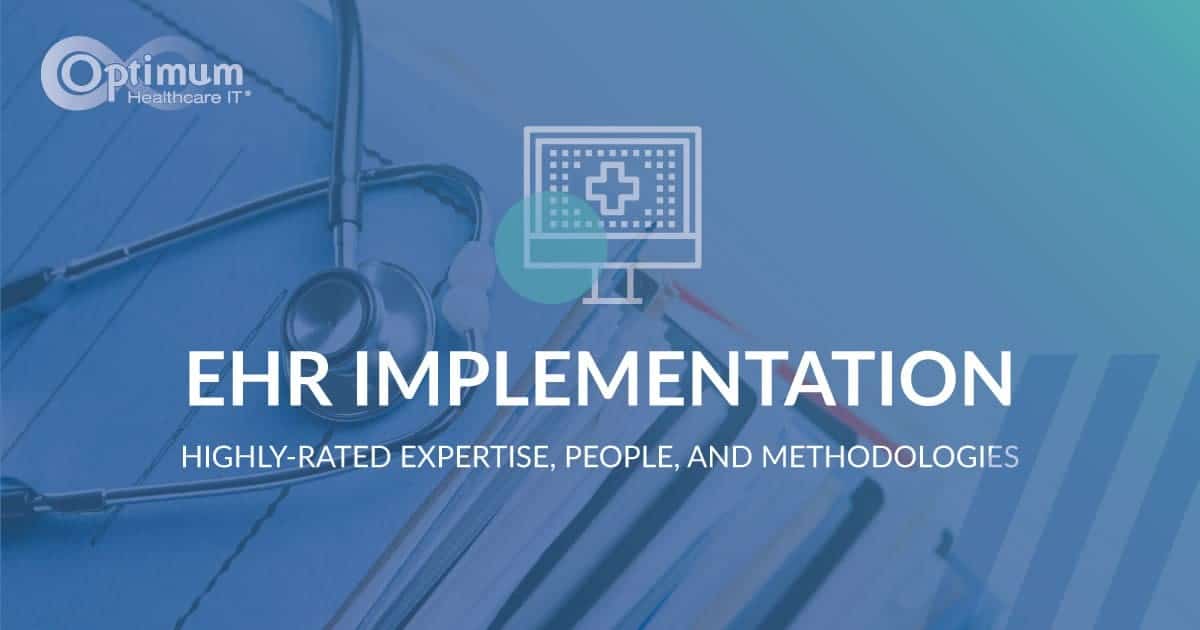 Driven by the motivation to succeed, Optimum Healthcare IT has achieved unsurpassed excellence in many ways.

Optimum Healthcare IT Receives Coveted Best in KLAS 2017 Overall IT

Optimum Healthcare IT Named One of the Fastest-Growing Companies in Jacksonville, FL

Driven by the motivation to succeed, Optimum Healthcare IT has achieved unsurpassed excellence in many ways.

Optimum Healthcare IT Receives Coveted Best in KLAS 2017 Overall IT

Optimum Healthcare IT Named One of the Fastest-Growing Companies in Jacksonville, FL